The Fox Classic Car Collection contains over 50 of the world’s most rare and prestigious vehicles.  Collected over a 30-year period by trucking businessman Lindsay Fox it contains vehicles previously owned by Ringo Starr, Bing Crosby and Bob Jane to name a few. 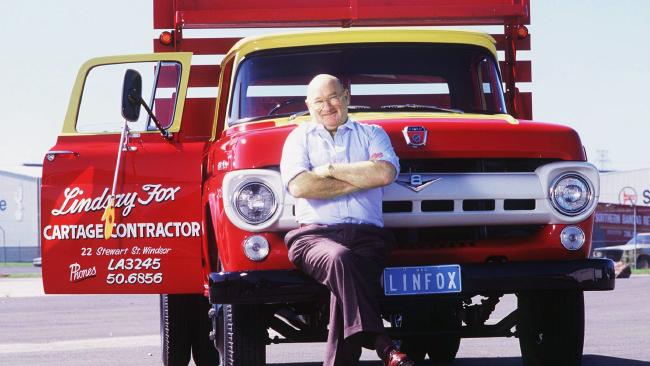 Brought up in the Melbourne suburb of Prahran in a working class family Lindsay Edward Fox AC (born 19 April 1937) is one of Australia’s best known businessmen. He is the founder and chairman of his family-owned trucking and logistics company, Linfox.

He started working as a truck driver after leaving Melbourne High School at an early age and now employs about 18,000 people throughout Australia, New Zealand and Asia. He is renowned for his tremendous work ethic, raw business savvy and philanthropic generosity.

Lindsay Fox is on the board of the National Advisory Council on Suicide Prevention. In 1992 he was named ‘Victorian Father of the Year’. He was appointed an Officer of the Order of Australia in the Australia Day Honours of 1992, in recognition of service to the transport industry and to the community. In 2001, he was awarded the Centenary Medal. In the Australia Day Honours of 2008, he was advanced to Companion of the Order of Australia (AC), in recognition of his continued service to the transport and logistics industries, to business through the development and promotion of youth traineeships, and to the community through a range of philanthropic endeavours.

Lindsay Fox played Australian rules football with the St Kilda Football Club’s thirds side (which he captained). He became the president of the Saints in 1979.

He has a passion for classic vehicles and has been collecting vehicles for many years. He has donated many vehicles to a Trust and these are on display for the public to view and enjoy, located in the Queen’s Warehouse in the Melbourne Docklands precinct. The collection is renowned both within Australia and overseas.